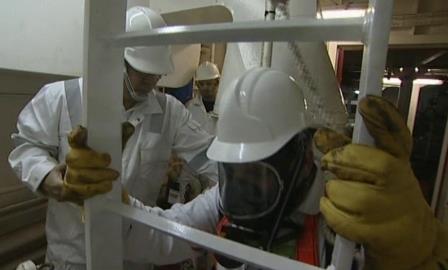 Seafarers and dock workers are still dying while working in enclosed spaces onboard vessels because there is not enough understanding throughout the shipping industry of the risks faced by today’s seafarers. Dangerous timeframes are imposed for hazardous tasks and safety improvements do not happen because shipping industry investigations encourage a ‘blame culture’ – according to shipmanagement trade association InterManager which has revealed the findings of its comprehensive industry survey into the problems of enclosed spaces.

Key concerns included a perceived lack of improvement in the design of vessels with not enough consideration being given to access areas and the people working in them. As well as being hard to reach, enclosed spaces are frequently impossible to properly ventilate or to measure the atmosphere in, the respondents said.

Unrealistically tight timeframes for cargo hold and tank preparation were likened to “bullying on an industrial scale” with seafarers calling on ship managers to shield them from unrealistic commercial time pressures.

Seafarers asked for more training, prioritisation of management-led safety cultures, and suggested using the “fear factor” to raise awareness of the dangers of working in enclosed spaces. In fact, respondents recommended changing the phrase to “dangerous space” or even “fatal space” to hit the message home.

In addition, the survey revealed a wide-spread belief that a blame culture is deeply rooted within the shipping industry. Respondents felt that the majority of accident investigations stop at finding the ‘guilty party’ and very rarely go further to discover why the accident occurred or what were the reasons for the actions of those killed or injured.

The survey revealed a feeling that accident investigation results are inconsistent, indicating that the absence of a standard investigation format prevents a proper and thorough analysis of accidents and the ready identification of potential improvements.

In addition to outlining the problems, the survey asked recipients to identify potential solutions to avoid further deaths. Seafarers responding called for clearer identification of hazardous spaces, suggesting access should be restricted by senior management onboard or ashore.

A need was identified for additional training to address lack of awareness and instill safe practices, while some seafarers said they would prefer to only access enclosed spaces while using safety equipment such as Emergency Escape Breathing Devices (EEBDs) or Self Contained Breathing Apparatus (SCABs). Some respondents believed that technology should be used to help with limiting the requirement for human access in enclosed spaces.

Focusing on vessel design, recipients advised that future newbuildings should avoid areas of enclosed space or restrict them to a minimum. In addition, any enclosed spaces should include provisions for:

Announcing the results of the survey, which was conducted at the end of 2018, InterManager Secretary General, Captain Kuba Szymanski, said: “It is clear that much still needs to be done to address the issues of working in enclosed spaces and to eradicate the risk to life. No-one should die while carrying out their daily work.

“Seafarers seem to believe that this unsafe environment is created by designers and enforced by manuals and procedures, and therefore cannot be disputed and has to be followed – even if it results in death,” he said.

Many seafarers responding to the InterManager survey expressed dismay at the situation. Capt. Szymanski commented: “It is rather sad to see so many seafarers losing hope that their situation will ever improve. As a result the suggestions from those individuals do not stretch beyond improving training and procedures.”

Encouraging ship managers to take a lead on safety, Capt Szymanski remarked: “When I examined the results of the survey, I noticed that the most positive responses came from within companies where senior managers took a leading role on safety matters, where they engaged themselves and led from the front. I would especially like to thank those individuals, because it is them who are creating the company safety culture.”

Pledging further action, he concluded: “InterManager thanks all those who responded to our survey and promises to do all we can to raise awareness of these issues at the highest level.”