The best team you ever worked in? 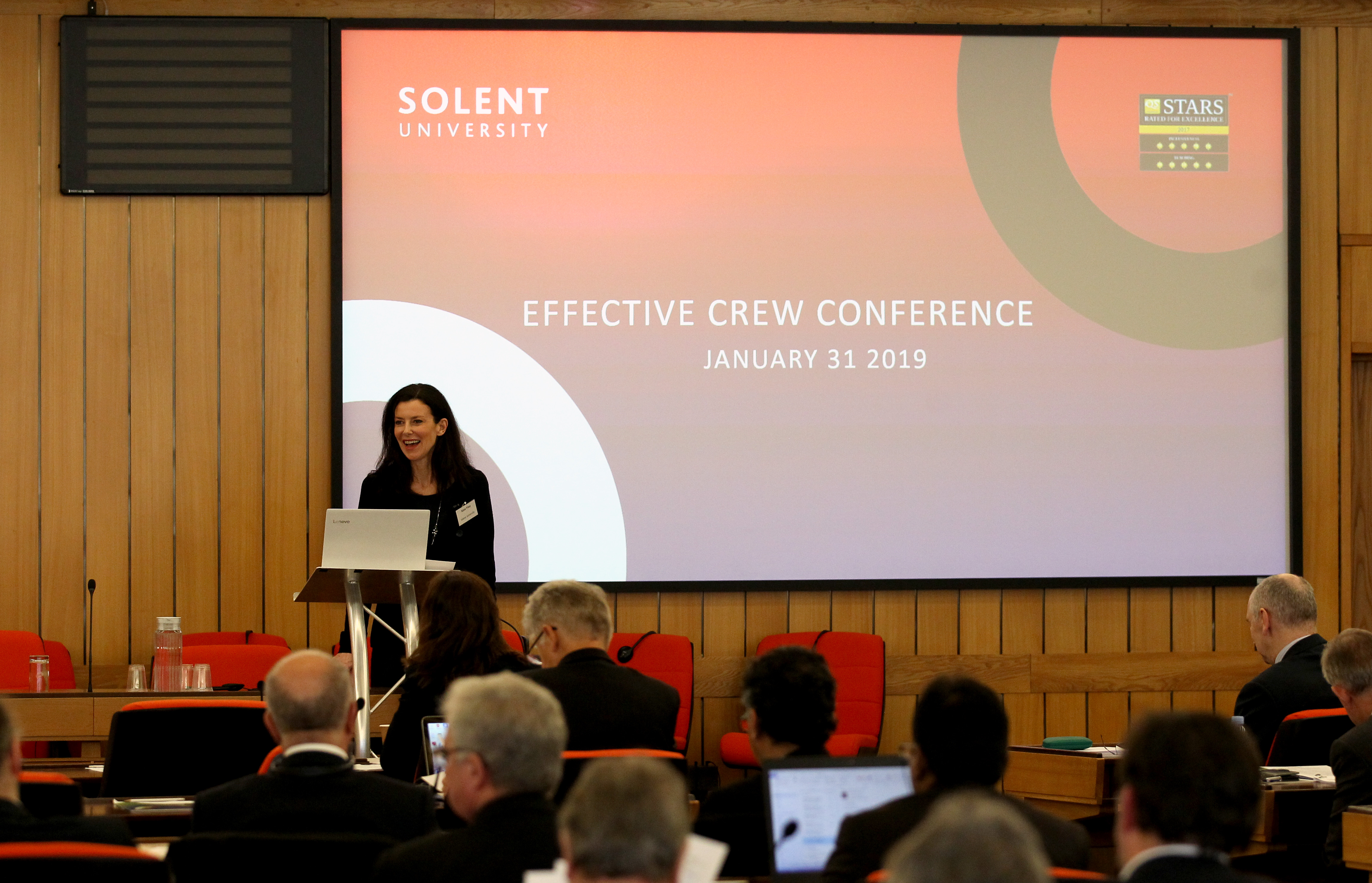 InterManager gave its support to Solent University’s Effective Crewing Project which culminated in a well-attended one-day conference held at the IMO. The project leader, Dr Kate Pike, and consultant Chris Wincott report on the findings:

Good team work can produce more than just improved efficiency. It can generate a palpable feeling of camaraderie, new friendships and a sense of responsibility for one another.

Understanding how the positivity of good team work can improve life and commercial operations at sea was one of the reasons for the establishment of the Effective Crewing Project launched by Solent University. They were interested in whether there was solid evidence that great teams did produce better performance, and particularly whether this was relevant to the shipping industry.

The initial research started in 2016 and the findings were shared at the IMO in January 2019 prior to the final report due in April 2019.

The research team focused on examining the top four officers on merchant vessels with more than 20 crew to establish the impact of using stable top teams (the same officers returning to the same vessel for several voyages) versus fluid top teams (officers moving to different vessels for each contract).

The results were based on data collected from industry surveys, interviews and case studies over a two-year period and the main findings are summarised below under finance, safety and wellbeing.

With crewing representing over 50% of ship operating costs and many companies experiencing testing trading conditions, the impact on the bottom line featured highly in surveys and interviews. It was clear that some companies had not looked in much detail at the impact of their crewing strategy on operational issues.

The overall benefits of stable top teams in relation to finance included improved operational performance, such as fewer port and cargo issues. Improved maintenance performance was noted with less breakdowns and improved Planned Maintenance System (PMS) compliance and increased knowledge. The challenges associated with stable crews and financial implications were found to be reduced flexibility in joining and leaving the ship, complacency setting in over time, and a reliance on the benefits being highly associated with good leadership onboard.

Safety is always a high priority for shipping companies and many respondents commented on the need for good competence and a strong onboard culture to achieve a safe operating environment. This featured heavily in the surveys and interviews and respondents felt there was a link between continuity of the top team and safety onboard.

The benefits of stable top teams in relation to safety included: continuity and familiarity with equipment and procedures; taking greater ownership for the vessel and the crew; leadership in developing a strong safety culture onboard; and improved communication with the crew that would help in stress situations.

On the other hand, challenges included the likelihood that complacency may set in over time, personality conflicts may impact communication, and restricting rotation may limit growth of experience.

The motivation and wellbeing of the crew were highlighted by many respondents as being key drivers of overall ship performance. The role of the top team in demonstrating leadership and developing a strong and positive onboard culture were widely recognised.

The benefits of stable top teams in relation to wellbeing included: Well-articulated communication taking account of different nationalities; stable leadership and culture (creating clear expectations of performance); longer term relationships that can help build trust and knowledge of people’s abilities; reduction of stress and the risks of errors; mentoring and the development of the crew improving performance and efficiency on board; and an increased sense of accountability and ownership.

The challenges that can be faced with stable top teams in relation to wellbeing include: Poor leadership behaviours if complacency sets in over time; social interaction issues being compounded as people sail together several times; promotion opportunities might be reduced; and reduced flexibility can be encountered as the same people are going back to the same vessel.

The overall conclusions of the research support the potential benefits of stable top teams, but the final report will include more detailed findings and guidance on best practice for companies considering adopting stable top teams.

This article was written by Chris Wincott (Director of NJC Associates and external consultant on the project) and Dr Kate Pike Associate Professor and Research Fellow at Solent University (and project lead).