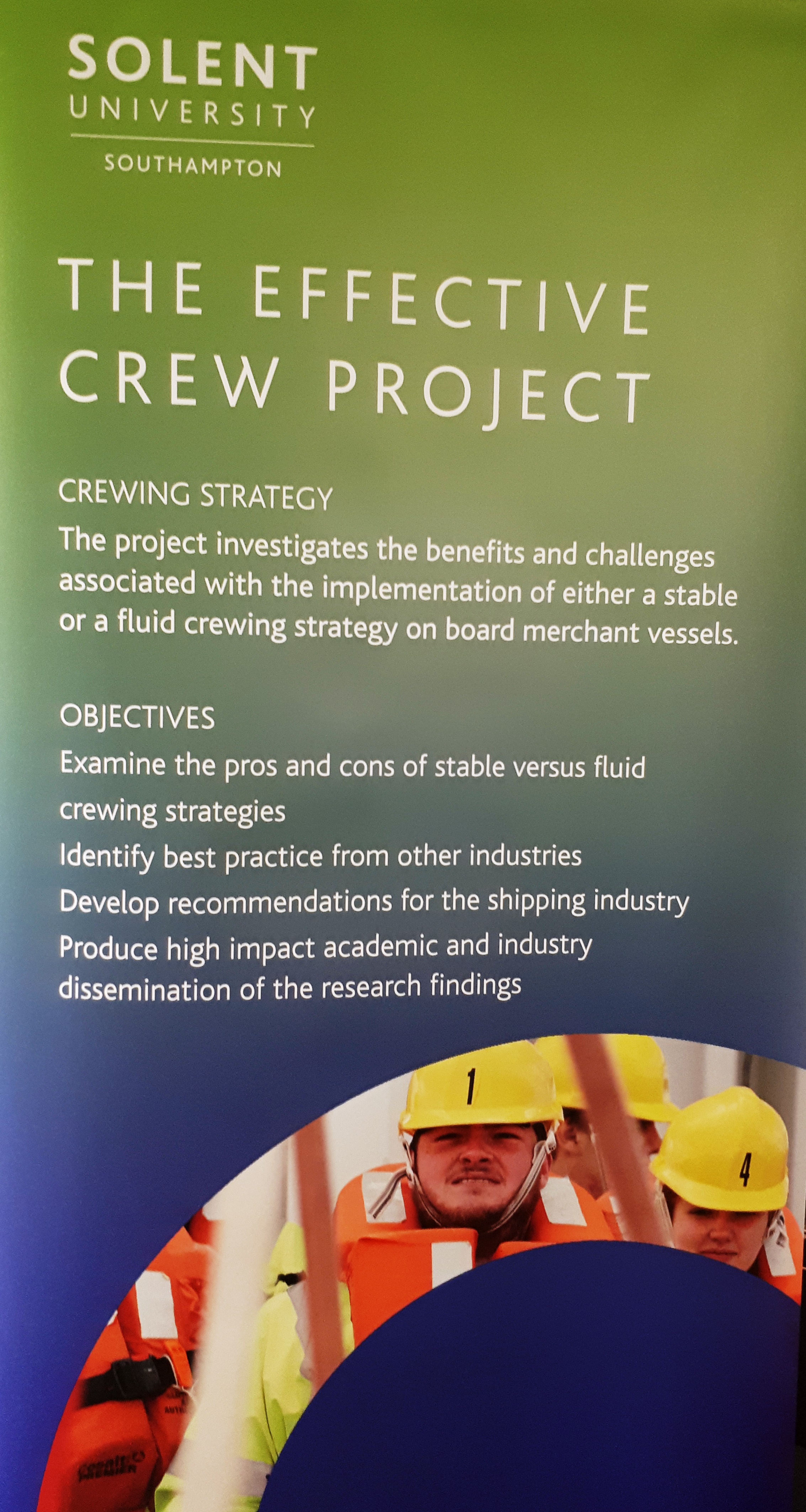 Solent University and InterManager’s Effective Crews Conference, held at the IMO on January 31, attracted a wide range of discussion from more than 100 delegates representing all sectors of global shipping and other industries.

The Conference heard how the implementation of a crewing strategy has a significant impact on a range of factors including crew welfare, communication, onboard safety, and operational costs. They considered the many complex decisions which need to be taken when considering the best crewing strategies for a fleet.

The Effective Crew Project is a two year research project, led by Solent University and endorsed by InterManager, which aims to establish the benefits and challenges of keeping a stable ‘top four’ together on board for more than one voyage. This topic has generated much interest within the industry and the team have been working with many different shipping companies and other maritime stakeholders to collect data and provide new information on the subject.

The two year project,  sponsored by Lloyds Register Foundation and the TK Foundation, will be completed in March and the purpose of this cross-industry conference at the IMO was to disseminate the findings and provide an opportunity to debate the topics arising from the research within themed panel discussions.

Dr Kate Pike, Project Lead and Senior research Fellow at Solent University, said: “Some would call stable crewing back to back manning as opposed to a more fluid strategy, where people work on short term contracts without returning to the same vessel with the same people. Other industries, such as health care, aviation and professional sports, have shown numerous benefits from keeping teams working together but there has been very little research into this for the maritime industry despite crew costs often being as much as 50% of the ship’s operational budget.”

Delegates and panellists discussed how having stable crews can:

And they acknowledged that:

The conference heard that the optimum time for a vessel’s ‘top four’ to be together was approximately two years. The importance of ongoing leadership training was also stressed, and cadets from Warsash Maritime University helped voice the opinions of future generations.

In a lively final debate the terms ‘stable’ and ‘fluid’ in relation to crewing strategies were discussed and the day’s evidence was robustly examined. One delegate praised “the knowledge in this room” and wished there was more time to continue the conversation.

After an informative day full of interesting presentations and lively debates, InterManager Secretary General, Captain Kuba Szymanski, thanked all the attendees for taking part and said: “This is a fascinating discussion. Crewing strategy  is not just a matter of ‘bums on seats’ – there needs to be planning behind it.”