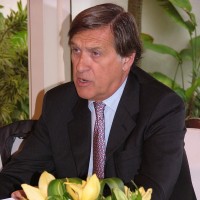 Shipping needs a new remedy for this cancer.

Piracy has spread much faster than was first envisaged. The industry and the United Nations must act now, with fresh strategies – writes former InterManager President Roberto Giorgi.
Lloyd’s List
May 20th

After six years since the first pirate attack off Somalia, we can say that this ‘cancer’ has spread much faster than we could have envisaged. We are entering into the first phase of what I would like to call a very serious, and possibly lethal, metastases.

By this I mean the death of safe trade in a region which affects the global economy.

Whatever measures we have introduced during these years the piracy industry has proliferated, with a new, younger Somalian generation looking to embrace this profitable career and a new piracy cluster generating unthinkable revenues in an area where the annual per capita income was estimated to be just $600 a few years ago.

Puntland is a well-defined and known area in the northeastern region, where approximately 30% of Somalia’s 9m population live and where captured vessels and their crew are detained. Puntland has become the centre of development of new activities supporting the logistics of these sea predators.

I believe that in the earlier stage the response from the shipping industry was not robust enough and not well co-ordinated with all stakeholders.

This probably was because nobody appreciated how what was a restricted area of operation could become so extensive, including not only the coast of Somalia, but the Arabian Sea and the Indian Ocean: an area larger than the US.

The cost of fighting piracy has reached new heights, but the human damage caused by these attacks is beyond calculation.

Recently, I travelled to India to visit some of the families involved with seafarers captured by pirates. As a former seafarer myself, I know that during my career my family went through moments of anxiety and uncertainty during times much less severe than those.

I was looking to get closer to them with a word of reassurance, to provide a positive message of hope and support.

The anguish, despair and frustration of which they made me a part was overwhelming and charged with emotion. I did not feel I could accomplish what they expected from me and the feeling of impotence, not only to me personally, but for our entire industry, made me even more determined that something radical must be done to change this unbearable situation.

Today there are more than 600 seafarers held captive in the hands of pirates. These are people from the Philippines, India, Russia, Thailand, Ukraine, Italy, Vietnam, Greece, Bangladesh, Pakistan, Syria, Egypt and many other countries.

Back in their homes are their families and friends who today are living this drama completely impotent to do anything for them. If they are part of a small village, probably all the families in such villages are an integral part of this tragic ordeal. We need to react, we need to stop this tragedy.

What could be done more than what we are already doing today?

Years of a large number of initiatives at all levels have not produced a positive outcome. We are losing this fight unless we have the willingness and the strength to change the current direction.

I believe there are two concurrent strategies to pursue:

One should be tackled by the shipping industry through all its trade associations. We must aim to give maximum protection to vessels, their crew and their cargoes until piracy is completely beaten.

As a first priority, the shipping industry must have only one voice when remedies and actions are discussed and agreed to fight piracy. This alignment and cohesion in this battle is vital. The main actions should be:

The second part of the strategy must be adopted by all the governments participating in the United Nations with the aim of eradicating piracy in the region by resolving this matter within Somalia and by securing coastal safety.

From the UN, especially now, where a nation belonging to the organisation has been threatened by pirates, we are expecting a different approach: